on August 18, 2012
Ah.  Pens!  I love pens.  Art pens, ballpoint pens, rollerball pens, fountain pens.  I love them.  So I really want to thank Shoplet. and Zebra Pens for the opportunity to review some Zebra pens.  The package we received was awesome. 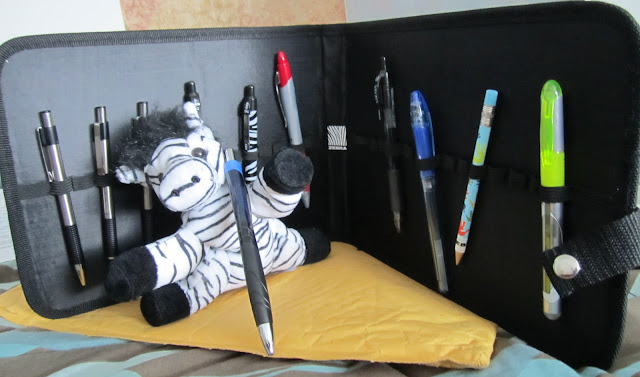 I was only asked to review the  ZebraZ-Mulsion EX Ballpoint pen & the Zebra  Z-Grip Ballpoint RetractablePen out of those I received, but you'll see me using the others as time goes on! 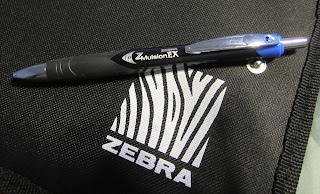 The Z-Mulsion EX pen curves to conform to the size of your hand, and has a rubber grip for comfort.  I found it to be a little thick for my small hand but still found it comfortable to write with.   The blurb for this pen declares that it uses an emulsion ink featuring a combination of oil, water and pigment, and I was anxious to take it for a test drive. 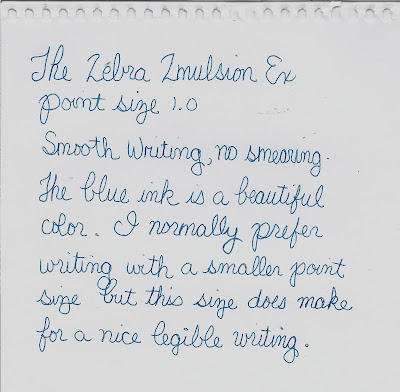 The ZMulsion EX does indeed write smoothly.  I'm a lefty, so I smearing the ink but had no success.  The way it glides is different somehow from other pens I've used and I''ve tried to find a word for it.  I wasn't able to do so while writing, but I think I narrowed it down somewhat while drawing.

I didn't like the pen as much for drawing, which doesn't mean I disliked it.  When I draw I vary the pressure I'm applying, the speed at which I draw the line, and the length of time I allow the tip to sit in one place.  It's almost automatic, something an artist learns to do, in order to create textures and tonal values.

I immediately discovered that the ZMulsion Ex's ink flow isn't up to light, fast strokes--little to no ink goes down  or I'd get a sketchy line with a glob of darker ink at the end of the stroke.  This is fairly common with ballpoint pens.  The same thing that makes for steady, even lines in writing makes it less flexible for drawing.

In the areas where I filled in solid dark there was some bleed through, which you can see in the scan above. I didn't see this at all when writing.

As I said, the problems I encountered drawing are fairly common ones--design features if you would--and they can be overcome by adapting the way I draw. 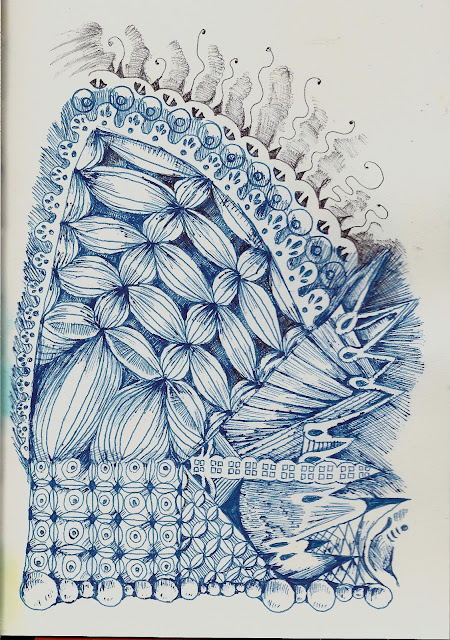 It takes me a bit to adjust so I moved to larger paper with a little more tooth.  It didn't take long before I was sailing along.  But with the added texture in the paper I could better detect what was different in the pen's gliding motion.  I still can't find the exact word.  I almost want to say the glide is jittery, but that would imply a wildness that isn't there.  It's a smooth experience, but the pen seems to move in your hand.

The pen can be messy.  When ink does glob up, it can get on your fingers or clothes if you happen to touch the tip (which I always do.  Some kind of fatal attraction I have to stray blobs of ink, paint and dye, lol).

I love the color of this blue, and I want to try out the black and red colors as well.

I suspect this will be a pen you either love or hate.  Want the chance to try one out?  Head over to Shoplet's giveaway for a free ZMulsion EX (until supplies run out) and a chance to win Shoplet gift certificates for $50, $100 and $150! 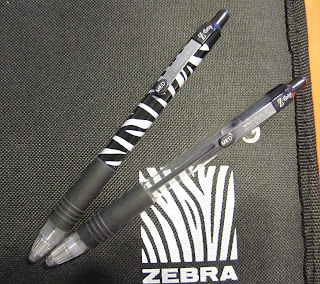 The Zebra Z-Grip Ballpoint Retractable pen has a more standard ballpoint pen chassis, but it's smaller than the ZMulsion EX and I, personally, found it more comfortable.  The body is clear so you can see how much ink you have. 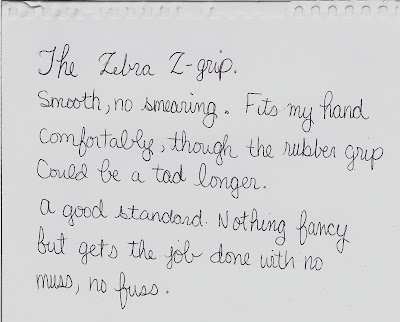 The ink isn't as bold and there is nothing that stands out as different.  It's a good pen.  It doesn't smear and it writes smoothly.

I liked it better for drawing. 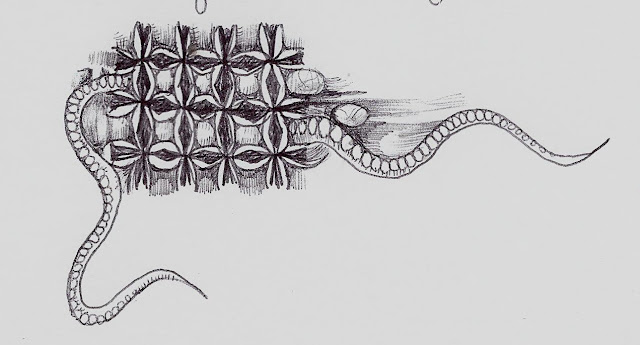 The ink flow allows more variation in the line.  After this squiggle to the feel of the pen, I decided to use it for something more ambitious.  I'm in a journal swap, and I decided to combine my tasks. 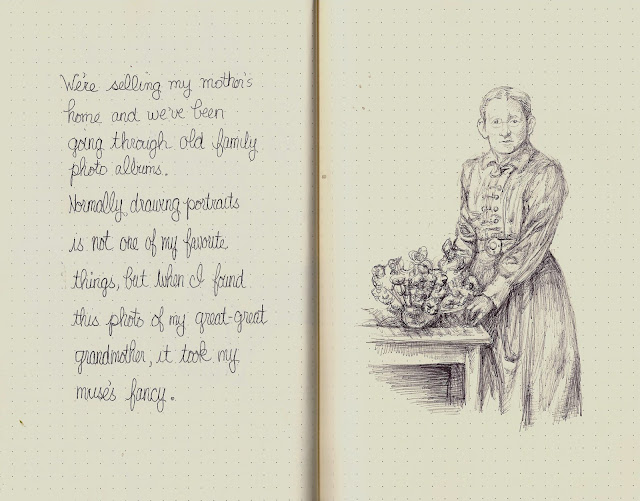